Reading:
Top 5 portals in Germany for jobs searching in 2021
Share this:

Top 5 portals in Germany for jobs searching in 2021

According to Crosswater Job Guide, there are over 1,200 active job search websites in Germany. You could easily become overwhelmed quickly without knowing where you’re likely to get the most value from your search.

Our team has compiled the top 5 players (based on traffic) from Crosswater Job Guide’s statistics, to give you a more concentrated strategy of where to look, how they differ from one another and which ones are the best for some of the specifics you may need.

One thing that you will need to do before you start applying for jobs in Germany is to ensure you have optimised your CV and cover letter according to the German format. If you haven’t, then your application will almost certainly land straight in the trash.

Indeed has grown exponentially over the past 8 years  to become one of  the main job portals in Germany. Back in 2009, when I wanted to change my employer in Germany, Indeed was barely on the radar. Now, Indeed has the most search traffic in Germany.

The feel and look of Indeed is basic. Honestly, I prefer the UX on most of the competitor sites, but Indeed also has some additional handy functions.

Indeed has also created a very useful crowdsourced database of employees’ ratings of their employers. If you are considering applying for a position, even if it’s not advertised on Indeed, it’s definitely worth checking out this function just based on the sheer number of reviews on here.

Other than sorting by job title and location, you’re also able to sort based on relevance of the position (based on the keywords you searched for) and date the position was advertised. There’s no option unfortunately to search by language of the job ad.

You can also upload your CV and store this on the platform if you register, instead of uploading each time you apply for a new job.

They will help you create your Curriculum Vitae, as well as store your resume for sending to prospective employers. They post news articles detailing Germany’s current labour market and employment statistics. Indeed is a widely-used website and has over half a million jobs posted. Individual employers also have ratings, so you can know if it’s a scam or not.

Almost since looking for jobs on the internet became a thing, StepStone has seemingly been the front runner for job portals in Germany. While Indeed may have pipped them when it comes to monthly visitors, I suspect you’ll end up spending more time on StepStone’s site simply because the experience is way more pleasant and there are some really neat features on here. It’s the only top job search portal that allows you to filter out job ads in English, without having to look at the more niche search engines which scrape English speaking jobs from other portals and job boards on the internet.

Furthermore, it also has a pretty detailed salary comparison tool, helping you get an idea of what the average salaries are for the roles you’re interested in. If you take the personalised survey, you’ll get an output which takes into consideration the location of the job, your relevant work experience and the seniority of the position.

Otherwise, the basic salary search by job title will give you a lower and upper range.

Just like on Indeed, you can register and upload your CV directly onto the StepStone platform.

The Federal Agency for Employment (Bundesagentur für Arbeit) makes it into the top 3 with their own database of unfilled vacancies. This one is the odd-man-out of the top 10 job portals in Germany: these are jobs which are actively posted by the job centre, based on companies who have informed them of their open vacancies.

As a government department, there is no active commercial model in play here. Consequently, the BfA’s search portal also contains every conceivable job you could think of, from temporary, unskilled work right the way through to top managerial positions.

The site and portal itself has some English language functionality. You can navigate through the JOBBÖRSE in English. You can also search for open positions by entering English job titles, which will be automatically translated into German. Search results will then appear in German, too.

LinkedIn is GOLD for job seekers. It’s like your personal record of achievement and online CV. LinkedIn may not be as popular in Germany as many other countries due to its domestic rival, Xing, but nonetheless it offers a huge opportunity to reach approx. 9 million active users in Germany.

What’s more, because of Xing’s presence and previous dominance within German-speaking Europe, I really see this as an advantage if you’re an avid LinkedIn user. The content published tends to be a lot more English language driven as a result.

LinkedIn (perhaps unsurprisingly, given its parent company is Microsoft) is much better in my opinion than some competitor sites when it comes to search using relevant keywords.

Where LinkedIn really comes into its own though is through being able to find recruiters and headhunters in the industry you’re seeking a job in. If a couple of them like your CV and experience, they’ll do your work for you. They’ll put you in touch with recruiting managers, help you with introductions to hiring companies and generally be like a virtual assistant for your job search.

Remember though, this will only happen if you’re of some commercial value to them though…they’re in it for the commission!

The highest traffic jobs search engine, Jobrapido is definitely worth a look because it’s not just a me-too version of the job marketplaces listed higher up in the rankings.

Job search engines work a bit differently. They scrape the internet for job ads, and as such, they often feature different open positions than the job marketplaces. Their crawling technology has the ability to scrape job ads from companies’ own web pages, so if a hiring company is not posting on one of the major job marketplaces, then you may spot some unique content on sites such as this.

Even though this isn’t one of the top job portals in Germany by traffic or job postings, it deserves a special mention because German job ads typically don’t indicate the expected salary range. This is especially annoying because you could risk wasting time applying for something below your expectations.

The advantage of Experteer is that it only advertises roles which pay above €60,000 per year. The downside is that it’s a premium site costing €11.90 per month. But then if you’re targeting a salary of over €60k a year, then stop being a tight arse and get your credit card out!

Because Experteer tends to play at the higher end of the market, there also tends to be more job descriptions in English.

Angel.co is a massive site sort of like LinkedIn for entrepreneurs and tech founders/tech workers. If you’re looking forward to working with startup companies then Angelist has your back.  They provide thousands of jobs from start-up companies in Germany. Angel.co is one of the most recent job portals in Germany that offers mostly startup jobs. It provides jobs for job seekers and allows them to speak with the employer directly. This site allows you to invest in these startup companies

The best part is that even in much less time, the job search website has managed to build a brand name for itself in the genre of job searches. Furthermore, the platform has made sure to equip its portal with the latest technology. It has come up with features such as allowing the job seekers to get a chance to chat with the job getters as and when they want.

Stack Overflow is a website where developers learn and share their programming knowledge. It was launched in 2008 by Jeff Atwood and Joel Spolsky, and has become one of the most visited websites in Germany and even in the world. Stack Overflow also launched a job board, which is focused on only  IT jobs. Stack Overflow is the largest online community for software developers to share knowledge and learn new skills. And yes – they now have a job board as well. This is worth checking out if you’re a software engineer or programmer.

The importance of a CV cannot be overemphasized. However, you might have come across the phrase that says on average, recruiters only look at your CV for about 6 to 7 seconds for an initial screen. So, what is the deal? If a CV is that important, why are recruiters not giving CVs the time needed?

How to Write a Top-Notch Cover Letter for Germany in 2021.

When you have spent hours crafting the “perfect” CV, you want to make sure your cover letter introduces you with the same level of professionalism. This article shows you how to write a compelling Cover Letter that makes you stand out. 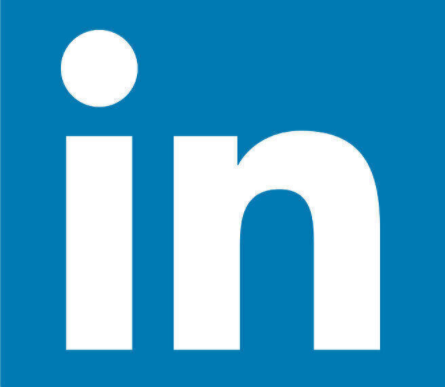 LinkedIn has been a thriving online platform since 2003 and is highly utilized in the competitive marketplace today. Whether someone is scoping out new talents, new customers, investors, partners, career searching, or even just making a personal brand presence, they go to LinkedIn.

Any cookies that may not be particularly necessary for the website to function and is used specifically to collect user personal data via analytics, ads, other embedded contents are termed as non-necessary cookies. It is mandatory to procure user consent prior to running these cookies on your website.